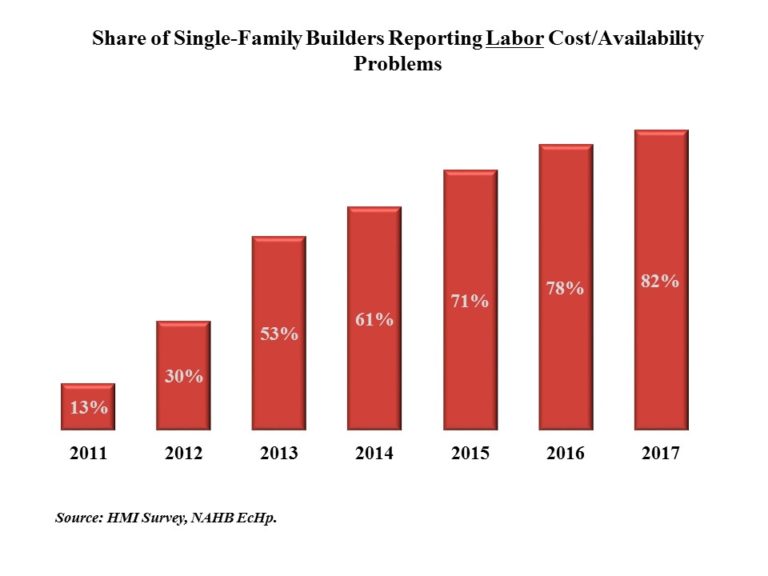 The monthly NAHB/Wells Fargo Housing Market Index includes a set of “special” questions on a topic of current interest to the housing industry. In December 2017, the special questions asked builders about the problems they faced in 2017 and expect to face in 2018. 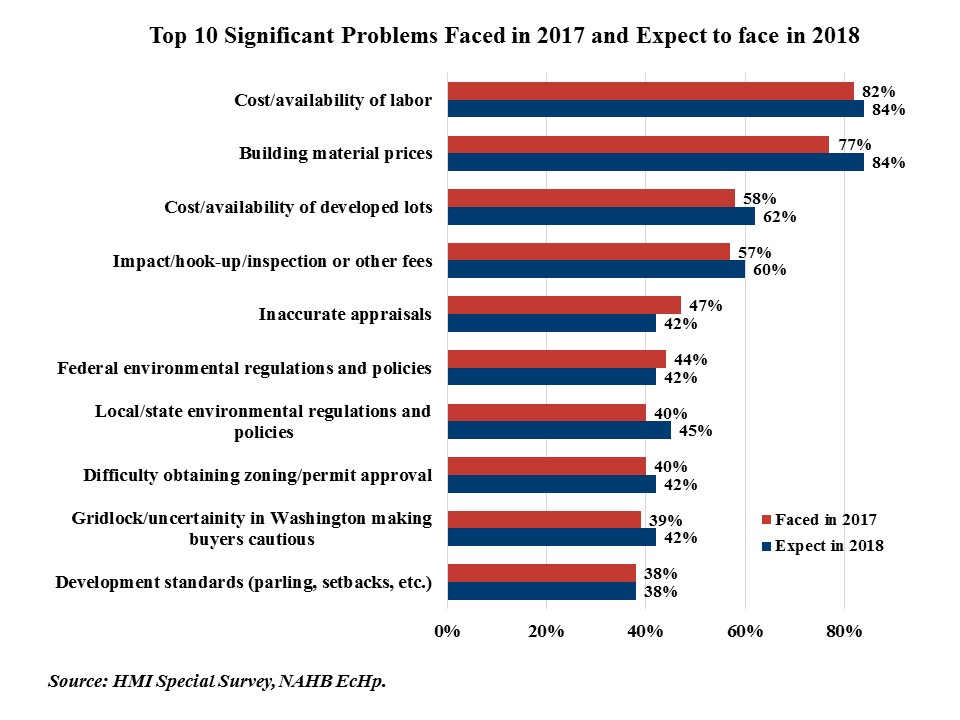 Cost/availability of developed lots was a significant problem for 58% of builders in 2017 and 62% expect to be a problem in 2018. Both the availability of labor and lots highlight the expected constraints of a recovering housing market. 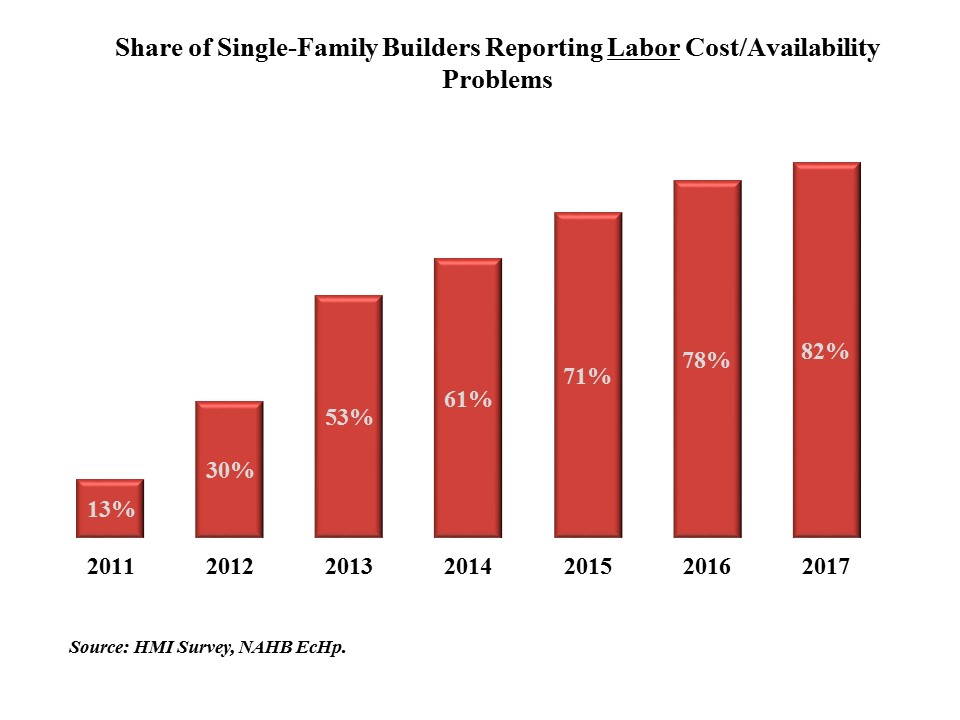