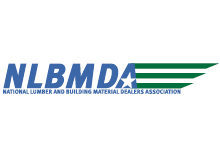 The Department of Labor (DOL) released a proposed update to overtime eligibility. As proposed, the salary level under which full-time salaried “white collar” employees qualify for overtime pay would change from $455 per week ($23,660 annually) to $679 per week ($35,308 annually). DOL is accepting comments on the proposal. DOL’s goal is for changes to take effect in January 2020.

Under the Trump Administration, DOL has sought to up- date rules regarding overtime eligibility for employees. The overtime rule has not been updated since 2004, and most employers acknowledge the need for an update. During the Obama administration, DOL attempted to make dramatic changes to overtime eligibility; however, a federal court suspended, and later blocked, implementation.

DOL is using the methodology from the 2004 update in its proposal to  increase the salary threshold.  Specifically, it sets the standard salary level at approximately the 20th percentile of earnings for full-time salaried workers in the lowest-wage census region (South) and in the retail sector. DOL estimates that 1.1 million additional workers will gain overtime eligibility under the proposal.

NLBMDA agrees with DOL that the 2004 methodology is the most appropriate method to use as a justification for an increase in the salary threshold. This method would be the most likely approach to preserve the salary levels as the bright-line test for determining overtime eligibility.

That bright-line test has worked well to ensure those employees whose salaries fall below the threshold levels are automatically eligible for overtime, while those whose salaries are over the threshold can be categorized as exempt only if they meet the criteria established under the duties tests.

Employers should continue to focus on the duties test for overtime compliance, which was not changed as part of the proposal. NLBMDA supports the continuation of the duties test established by DOL to determine overtime eligibility.

The three basic tests that a worker must meet in order to claim a white collar exemption are the following: 1) the employee must be paid on a salary basis not subject to reduction based on quality or quantity of work (“salary basis test”); 2) the salary must meet the applicable threshold amount (“salary level test”); and 3) the primary job duty must involve work associated with executive, administrative, or professional employees (“standard duties test”).

There is still a general exemption from the rule for out- side sales professionals provided the following criteria are met: 1) the employee’s primary duty must be making sales or obtaining orders or contracts for services or for the use of facilities for which compensation will be paid by the client or customer; and 2) the employee must customarily and regularly be engaged away from the employer’s place or places of business. A general exemption also exists for drivers of commercial trucks involved in interstate commerce.

Highly compensated employees (HCE) performing office or non-manual work remain exempt from the Fair Labor Standards Act (FLSA) if they customarily and regularly perform at least one of the duties of an exempt executive, administrative or professional employee identified in the standard tests for exemption.

As part of the new rule, 10% of the salary threshold for workers not classified as highly compensated employees (HCE) can be met by non-discretionary bonuses, incentive pay, or commissions, provided these payments are made on at least a quarterly basis.

The new proposal increases the total annual compensation requirement for HCE from the currently enforced level of $100,000 to $147,414 per year (which must include at least $679 per week paid on a salary or fee basis). That amount   is based on the 90th percentile of full-time salaried workers nationally, and is higher than the Obama-era proposed threshold of $134,004.

NLBMDA opposes any automatic adjustment to the salary threshold, as DOL does not have the legal authority to make such adjustments. In addition, DOL has historically revisited the salary level through the normal notice-and-comment rulemaking process.

The association submitted comments in 2017 regarding DOL’s Request for Information (RFI) on updating overtime eligibility. An RFI is normally conducted prior to a formal rulemaking. In its comments, NLBMDA noted that “the salary level should continue to serve as the best single test of exempt status.”

Dealers should begin to revisit the duties and salaries of their employees to determine what positions in their organization are exempt, and which ones are eligible for overtime. NLBMDA will submit comments to DOL, and is pleased that many of the employer recommendations for overtime eligibility have been incorporated into the proposal.