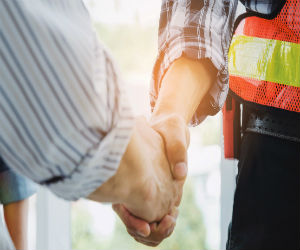 Deals go south and suitors bow out of contention for lots of reasons, typically lack of strategic fit, inadequate cash flow, or because the deal is offered at the wrong time in the business cycle.

Or at least that’s what departing suitors will say are the reasons for backing away. But it’s not uncommon for a suitor to back away because of a cultural or personality mismatch.

Profanity. I’ve worked on dozens of construction sites as a young man, so salty language is nothing new to me. And I’m not naïve. I recognize that people who work together over a long period of time can probably let a profane word slip without unduly offending those around them. But you cannot assume that it’s appropriate to speak profanely in front of people you meet in the deal-vetting process. You simply can’t predict how they will respond.

I have never seen someone smile or give an encouraging look when someone they’ve just met speaks profanely. Yet I have heard people, as they walk away from a meeting, say, “I have to say, I’m just not comfortable with that language. Can you imagine if they said that around our office?”

Whether you’re an altar boy or a sailor, zip it when you’re tempted to spout off in meetings with potential acquirers.

Libations. Business dinners almost invariably involve a cocktail or a nice bottle of wine, but—especially on the “first date” between a suitor and a seller—a drink or two is probably more than enough to put people at ease, and open up for some bonding conversations. Any excess drinking during meet-and-greets is universally looked upon as a negative in a business deal. Even the perception of excess drinking is a no no…Your nightly standard third glass of wine may seem to a suitor as flat-out excess. And if the acquirer’s team doesn’t order any libations, consider going without one yourself.

Save the all-night toasts for when the deal is done, and you’re just among old friends.

Sports. Unless you can all agree to the unspoken truth that Tom Brady is the best quarterback that has ever played football (because, you must admit, he is), it’s best to avoid sports, at first. Sports can be a great bonding experience with strangers, but sense them out first before making blanket pronouncements like the one I just made about the great Tom Brady, the greatest of all time.

Politics. If politics get brought up for discussion, avoid it. As a seller, you can’t predict politics of the suitor. Don’t assume they’ll agree with your point of view, liberal or conservative. If you voice strong political opinions, and the suitor disagrees with your politics, they probably won’t mention it out of politeness. But as soon as the they get in the car to the airport, they may very well dismiss the deal as impossible due to a potential mismatch of values. Even if they happen to agree with you, your political views will have very little bearing on the value of your company. So why risk bringing it up? It’s universally safe to keep political discussions out of the mergers and acquisitions process.

Religion and ethnic identification. It has surprised me more than once when a seller makes a comment about a religious or ethnic group. Not only will a suitor’s antenna go up around potential discrimination lawsuits and other liabilities, but it’s just bad form to imply that you focus on cultural differences inspired by religious or ethnic groups. Keep those discussions to yourself.

Is everyone a perfect gentleman or lady? No, and I’m the first to admit to imperfections. But the topics listed above are ones in which you should steer clear of controversy, lest you bring about judgement by someone who might otherwise be willing to write you a nice check.