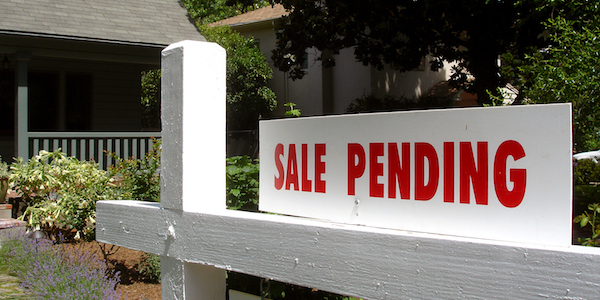 WASHINGTON — Existing-home sales inched up in August, marking two consecutive months of growth, according to the National Association of Realtors. Three of the four major regions reported a rise in sales, while the West recorded a decline last month.

Total existing-home sales, completed transactions that include single-family homes, townhomes, condominiums and co-ops, rose 1.3% from July to a seasonally adjusted annual rate of 5.49 million in August. Overall sales are up 2.6% from a year ago (5.35 million in August 2018).

Lawrence Yun, NAR’s chief economist, attributed the increase in sales to falling mortgage rates. “As expected, buyers are finding it hard to resist the current rates,” he said. “The desire to take advantage of these promising conditions is leading more buyers to the market.”

“Sales are up, but inventory numbers remain low and are thereby pushing up home prices,” said Yun. “Home builders need to ramp up new housing, as the failure to increase construction will put home prices in danger of increasing at a faster pace than income.”

Total housing inventory at the end of August decreased to 1.86 million, down from 1.90 million existing-homes available for sale in July, and marking a 2.6% decrease from 1.91 million one year ago. Unsold inventory is at a 4.1-month supply at the current sales pace, down from 4.2 months in July and from the 4.3-month figure recorded in August 2018.

“The Federal Reserve should have been bolder and made a deeper rate cut, given current low inflation rates,” said Yun. “The housing sector has been broadly underperforming but there is huge upward potential there that will help our overall economy grow.”

First-time buyers were responsible for 31% of sales in August, down from 32% in July and equal to the 31% recorded in August 2018. NAR’s 2018 Profile of Home Buyers and Sellers—released in late 2018—revealed that the annual share of first-time buyers was 33%.

As the share of first-time buyers rose, individual investors or second-home buyers, who account for many cash sales, purchased 14% of homes in August 2019, up from 11% recorded in July and from 13% recorded in August a year ago. All-cash sales accounted for 19% of transactions in August, about equal to July’s percentage and moderately down from August 2018 (19% and 20%, respectively).

Distressed sales—foreclosures and short sales—represented 2% of sales in August, unchanged from July, but down from 3% in August 2018.

“Rates continue to be historically low, which is extremely beneficial for everyone buying or selling a home,” said NAR President John Smaby, a second-generation Realtor from Edina, Minnesota, and broker at Edina Realty. “The new condominium loan policies, as well as other reforms NAR is pursuing within our housing finance system, will allow even more families and individuals in this country to reach the American Dream of homeownership.”

Compared to July, existing-home sales recorded in August rose in the Northeast, Midwest and South regions, but fell slightly in the West region. Compared to last year, August sales increased in each of the four major regions, with the greatest gain coming in the South. Median home prices rose from a year ago, except in the Northeast, with the Midwest showing the highest price increase.

Single-family home sales sat at a seasonally adjusted annual rate of 4.90 million in August, up from

Existing condominium and co-op sales were recorded at a seasonally adjusted annual rate of 590,000 units in August, 1.7% above the rate from the previous month and about equal to a year ago. The median existing condo price was $257,600 in August, which is up 5.2% from a year ago.