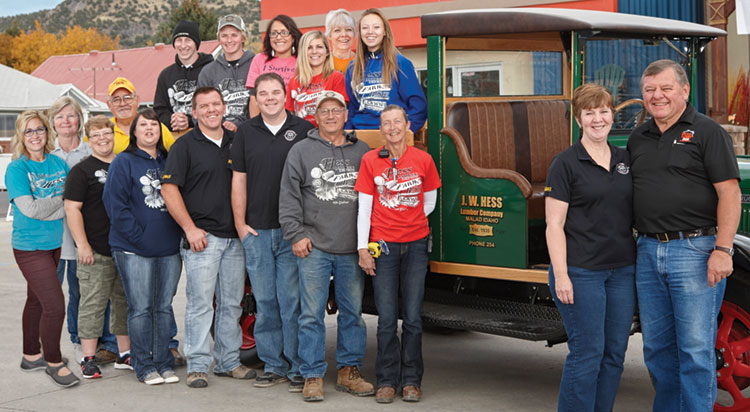 In Malad City, Idaho (population 2,017) the best way to grow a business is much like anywhere else: figure out how to get people that one extra thing they need. Doug Crowther, Vice President of Operations at Hess Lumber, proudly carries on his family’s reputation for turning customers’ needs into solid business opportunities.

In 1935, Crowther’s great grandfather, Joseph “Jody” Hess, worked as a contractor building shipping crates for a local company. He was buying lumber by the railcar load in such volumes that other builders in the area would ask him for supplies. Seeing the need in his community, Hess began selling lumber and building materials and formed J.W. Hess Lumber Company.

Hess Lumber has been in the family ever since. Crowther’s great uncle, Earl Hess, took over after Jody. Crowther’s father, Jared, has led the business from the 1970s and still works at the store every day. His mother Ronda does accounting and human resources duties and his brother Eric manages the front of the store sales.

At 35 years old, Crowther said he has a long way to go before he thinks about passing the business along to the next generation. When that time comes, he said, he hopes that his three sons and newborn daughter have the same experience he has had growing up in the business. But for now, Crowther continues to find new ways to meet his customers’ many needs, like making pallets for a local stone company.

With its one location in Malad City, Hess Lumber has diversified over the years to serve the whole community. While many LBM dealers have found themselves focusing on the pro builder and remodeler markets, pros make up just 25% of Hess Lumber’s business. The remaining customer base is split between farm and ranch customers, DIY retail, and the company’s pallet manufacturing operation. 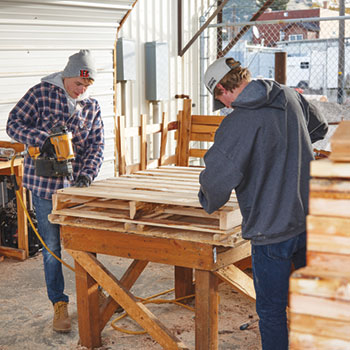 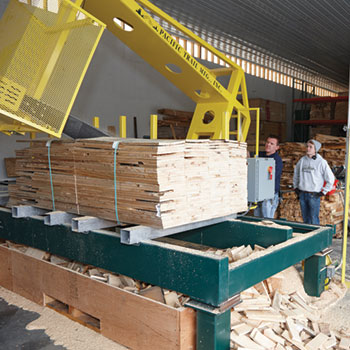 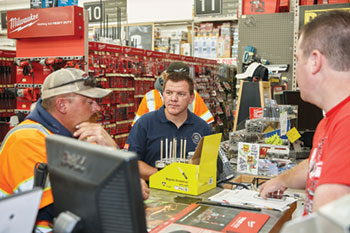 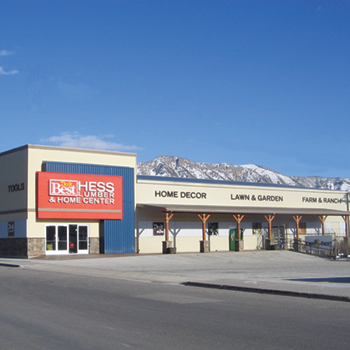 While Hess Lumber had been providing pallets for customers since the 1970s, the business picked up considerably when Crowther found a local stone veneer manufacturer that needed a dedicated pallet provider. By taking part in a certification process that ensured the pallets they made were licensed for overseas shipping, Crowther was able to grow his pallet business exponentially. The certification opened the door for several other large accounts that came directly to Crowther asking him to build pallets for them.

“It’s a whole new ballgame now,” he said. “That certification puts us on the map and has brought us to where we are now. We moved our pallet making operation from a small shed to a 7,000-square-foot facility.”

Had he not opened up the conversation about building pallets for that local stone company, he would have missed out on quite an opportunity, Crowther said. He looks back at that moment as a pivotal time for his company.

“You’ve just got to find out how you can get your foot in that door and get a piece of that pie,” he said. “Don’t be afraid to take a chance in a new adventure. Plan and work it right and hopefully it pays off.”

Building for the Future

As a single store location, growth for Hess Lumber has come in the form of renovation, remodeling, and rebuilding. In 2009, the company began building a new store on property adjacent to its previous facility, moving from an 1,800 square foot building to a 9,000 square foot store with 7,200 square feet devoted to retail. The lumberyard and pallet operation take up another acre. Building a new store was a wellplanned move that took two and a half years to complete as Crowther and others did as much of the work on their own as they could. “We’re the type of people who like to do what we can ourselves,” Crowther said. “One year we did the foundation, then the floor, and then started framing.”

The move has certainly paid off. Hess Lumber went from $1.8 million in sales in the old location to topping $4 million last year for the first time in company history. Staff at the store also grew from just 10 at the old store to 35 in the new one.

With a sweat equity approach to everything he does, Crowther said the company continues to be poised for growth as he anticipates opening a rental center in the building that housed the previous store. Crowther gutted the structure down to the studs and, with guidance from his team at Do it Best Corp., he plans to have his rental center open in the spring of 2018.

“It’s going to be a huge benefit for our community,” Crowther said. “But we’re slowly getting into it. We’ve worked on it during the winters when the store isn’t as busy. It’s been a four-year project.” Crowther said he has a big Do it Best Rental LED sign ready to display as soon as the rental business is fully stocked and ready to go.

The reason for building a rental center is simple, Crowther said. The community needed one. The customer is at the core of any business transaction Hess Lumber is involved in.

“We always go out of our way to take care of any need of our customers,” he said. His dad, Jared, still makes a 3-hour round-trip every Thursday to pick up special order items for customers who requested items that aren’t stocked in Malad City. Crowther also keeps delivery charges reasonable. He doesn’t want to lose an order because it costs too much to have it delivered. Instead, his philosophy is that “10% of something is better than 100% of nothing.”

“I think a major key to our success is there isn’t a product out there that we can’t find,” he said. “If we don’t have it, we’ll get it for you so you can get on with your project.” 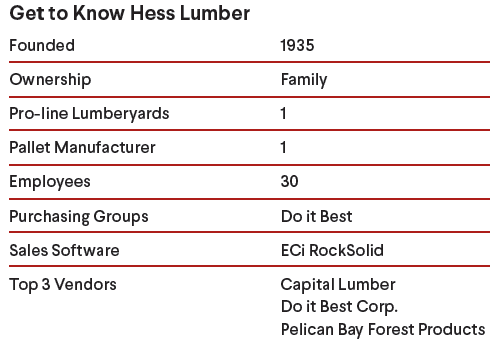