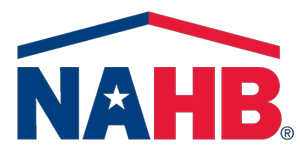 WASHINGTON — In a further sign that the housing sector is continuing to gain momentum, nearly 300 markets nationwide posted an increase in economic and housing activity from the first quarter to the second quarter, according to the National Association of Home Builders/First American Leading Markets Index (LMI) released today.

The LMI measures current home price, permit and employment data to plot the economic health of an individual market. Based on the 337 markets tracked by the index, nationwide markets are now running at an average of 102% of normal housing and economic activity.

However, individual components of the LMI are at different stages of recovery. While employment has reached 98% of normal activity and home price levels are well above normal at 152%, single-family permits are running at just 54% of normal activity.

“This report shows that the housing and economic recovery is widespread across the nation and that housing has made significant gains since the Great Recession,” said NAHB Chairman Granger MacDonald, a home builder and developer from Kerrville, Texas. “However, the lagging single-family permit indicator shows that housing still has a ways to go to get back to full strength.”

“The overall index is running above 100% of normal largely due to healthy home price appreciation,” said NAHB Chief Economist Robert Dietz. “At the same time, the reason why single-family permits are barely halfway above normal is because builders continue to face persistent supply-side headwinds, including rising material prices and a shortage of buildable lots and skilled labor.”

Despite these challenges, the housing market continues to gradually move forward. The LMI shows that markets in 196 of the 337 metro areas nationwide returned to or exceeded their last normal levels of economic and housing activity in the second quarter of 2017. This represents a year-over-year net gain of 68 markets.

“With 89% of all metro areas posting a quarterly increase in their LMI score, this is a strong signal that the overall housing market continues to make broad-based gains,” said Kurt Pfotenhauer, vice chairman of First American Title Insurance Company, which co-sponsors the LMI report.

Baton Rouge, La., continues to top the list of major metros on the LMI, with a score of 1.76 — or 76% better than its historical normal market level. Other major metros leading the group include Austin, Texas; Honolulu; Provo, Utah; and Spokane, Wash. Rounding out the top 10 are Ventura, Calif.; San Jose, Calif.; Nashville, Tenn.; Los Angeles; and Charleston, S.C.

Among smaller metros, Odessa, Texas, has an LMI score of 2.14, meaning that it is now at more than double its market strength prior to the recession. Also at the top of that list are Midland, Texas; Walla, Walla, Wash.; Florence, Ala.; and Ithaca, N.Y.

The LMI examines metro areas to identify those that are now approaching and exceeding their previous normal levels of economic and housing activity. Approximately 340 metro areas are scored by taking their average permit, price and employment levels for the past 12 months and dividing each by their annual average over the last period of normal growth. For permits and employment, both the 12-month average and the annual average during the last period of normal growth are also adjusted for the underlying population count. For single-family permits and home prices, 2000-2003 is used as the last normal period, and for employment, 2007 is the base comparison. The three components are then averaged to provide an overall score for each market; a national score is calculated based on national measures of the three metrics. An index value above one indicates that a market has advanced beyond its previous
normal level of economic activity.