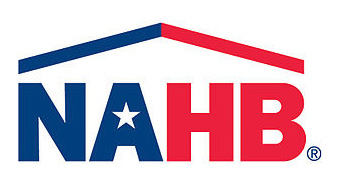 WASHINGTON — Markets in 162 of the approximately 340 metro areas nationwide returned to or exceeded their last normal levels of economic and housing activity in the third quarter of 2016, according to the National Association of Home Builders/First American Leading Markets Index (LMI) released today. This represents a year-over-year net gain of 73 markets.

The index’s nationwide score ticked up to .98, meaning that based on current permit, price and employment data, the nationwide average is running at 98% of normal economic and housing activity. Meanwhile, 91% of markets have shown an improvement year over year.

“Ongoing job growth, low mortgage rates and rising incomes are contributing to a firming housing market and economy,” said NAHB Chairman Ed Brady. “Though some areas are recovering faster than others, the overall trend is positive.”

“House prices continue to show the strongest recovery among the LMI components, with 327 markets, or 97%, returning to or exceeding their last normal levels. Meanwhile, 92 metros have reached or exceeded normal employment activity,” said NAHB Chief Economist Robert Dietz. “Single-family permits have edged up to 51% of normal activity, but still lag far behind the other gauges of the index.”

“Nearly 80% of metro areas posted an increase in their LMI score over the past quarter, while more than nine out of 10 recorded an annual increase,” said Kurt Pfotenhauer, vice chairman of First American Title Insurance Company, which co-sponsors the LMI report. “These are strong indicators that the housing recovery remains steadily on an upward trajectory.”

Baton Rouge, La., continues to top the list of major metros on the LMI, with a score of 1.68—or 68% better than its last normal market level. Other major metros leading the list include Austin, Texas; Honolulu; San Jose, Calif.; and Provo, Utah. Rounding out the top 10 are Spokane, Wash.; Nashville, Tenn.; Houston; Charleston, S.C.; and Los Angeles.

Among smaller metros, Odessa, Texas, has an LMI scores of 2.0 or better, meaning that it is now at double its market strength prior to the recession. Also at the top of that group are Midland, Texas; Ithaca, N.Y.; Walla, Walla, Wash.; and Manhattan, Kan.

The LMI examines metro areas to identify those that are now approaching and exceeding their previous normal levels of economic and housing activity. Approximately 340 metro areas are scored by taking their average permit, price and employment levels for the past 12 months and dividing each by their annual average over the last period of normal growth. For permits and employment, both the 12-month average and the annual average during the last period of normal growth are also adjusted for the underlying population count. For single-family permits and home prices, 2000-2003 is used as the last normal period, and for employment, 2007 is the base comparison. The three components are then averaged to provide an overall score for each market; a national score is calculated based on national measures of the three metrics. An index value above one indicates that a market has advanced beyond its previous
normal level of economic activity.