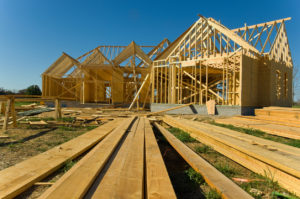 WASHINGTON — Total housing starts inched up 0.9% in July to a seasonally adjusted annual rate of 1.17 million units, according to newly released data from the U.S. Department of Housing and Urban Development and the Commerce Department.

The July reading of 1.17 million is the number of housing units builders would begin if they kept this pace for the next 12 months. Within this overall number, single-family starts held firm, up 0.9% to 862,000 units. Meanwhile, the multifamily sector—which includes apartment buildings and condos—rose 3% to 306,000.

“Builder confidence remains solid, although it has fallen back somewhat in recent months due to rising construction costs in 2018, including lumber,” said NAHB Chairman Randy Noel, a custom home builder from LaPlace, La. “As builders grapple with higher costs, one positive development is that lumber prices have shown signs of easing the past two months off their record high levels posted in June.”

Some projects are experiencing construction start delays due to cost concerns, with the number of single-family units authorized but not started up 25% since July 2017.

“Supply-side challenges including increases in material prices and chronic labor shortages are affecting affordability in many markets,” said NAHB Chief Economist Robert Dietz. “However, consumer demand remains strong due to a growing economy and job market and favorable demographics. Moreover, on a year-to-date basis, single-family construction has shown steady progress, up 7.2%, while 5+ multifamily production is up 3.4% as well.”

Regionally, combined single- and multifamily housing starts in July rose 11.6% in the Midwest and 10.4% in the South. Starts fell 4% in the Northeast and posted a 19.6% decline in the West due to affordability constraints in the coastal markets.