Click here to continue to the latest LBM news.
This advertisement will close in seconds...
LBM Journal Strategies for Lumber & Building Material Pros
Home In Depth IN DEPTH: Technology Tools 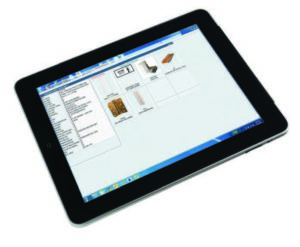 Generation Drivers
Further fueling technology adoption is simply the aging of the market, as the older generation used to pen and paper is retiring and a wave of tech-savvy millennials and younger Gen X-ers take over. “I definitely have seen the energy and the changing of the guard. The generation that’s in there now are people in their 20s and 30s, and they expect technology,” says Rigby. What’s more, “They expect consumer- device quality out of their software provider. …They want to do more with technology. They don’t want to run a report; they want to see the data and act on it.”

And that’s something to keep in mind for customers as well. Communication has changed, and phone calls and field visits—not to mention brick-and-mortar hours—may not be what every pro responds to. “Most millennials communicate differently than Gen X and baby boomers,” says Sullivan. “We’re face-to-face or phone communicators. But millennials, they communicate via Facebook, via text. They don’t necessarily want salespeople on the jobsite. They want to be able to control a bit more of how they buy and what they look for.” As one example, CAI’s new Sales Portal for Ponderosa ERP allows customers to build quotes, place orders, and view statements via the Internet 24/7. 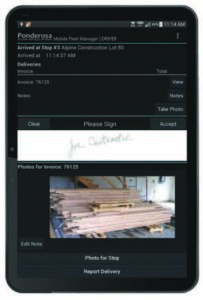 Increasing Functionality
Also helping boost adoption is the growing ease of use of most software solutions. “As it gets better, then it doesn’t matter what generation you’re in; if you’re a successful business you always have your eyes open whether you’re 26 or 66. You find a better solution,” says Syme. “That’s why we give free trials. Then a salesperson or IT person can go to upper management and say, ‘Look at what we got done and what it cost.’”

And beyond large ERP and back-office systems are a number of programs that work within and alongside them to ease other burdens of the sales process. 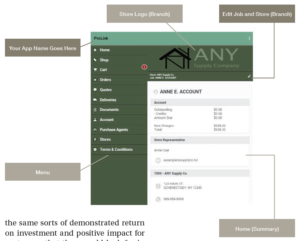 FasterBids, for example, is a webbased pricing and quoting engine for special order products such as windows, doors, and moldings that integrates with ERP systems such as Epicor.

The tool, which manages nearly a million SKUs, simplifies what is typically a multi-person, multi-week process into a one-person quote that can be turned around in less than a half hour. “We have spent an inordinate amount of time and money making it as user-friendly as possible,” says Jason Lindquist, founder and CEO, noting that new users typically are comfortable with the system after an hour of training.

The tool also can directly assist with upselling. If a customer walks in and requests the cheapest window, the salesperson can more easily promote high-quality products. “We’ve turned into order takers more than salespeople,” says Lindquist. “Our program allows them to say, ‘Do you know Andersen 100?,’ and then hit a button and see it’s only this much more. That kind of upsell into higher-margin products is where the money is. You start to control the sales process and have more freedom around your brands.”

MiTek’s SAPPHIRE™ Supply, part of a broader Sapphire solution, provides a 3-D modeling system for engineered wood products to generate a takeoff that is fully traceable back to the model, helping it be more easily understood and approved by everyone on the project, from the salesperson to the project owner. The software operates in two modes, one for the estimator/designer and one for the contactor that allows for visual navigation.

“Where we’re seeing the biggest speed gains is in the collaboration that can exist,” says McCormick. And like others, it brings selling improvements, he says. “Using the SAPPHIRE Viewer, your salesperson can interactively review the takeoff with the contactor, demonstrating his deep understanding of the project. This builds confidence and can win accounts. That’s a big advantage for folks.”

“The best advice I would offer to dealers when leveraging new technology is to stay focused on the fundamentals of what the business needs and what adds value to the customer,” says Limas. “Like anything, technology fads will come and go. Dealers need to apply the same level of business savvy to evaluating technology projects and look for the same sorts of demonstrated return on investment and positive impact for customers that they would look for in any other significant project.”