Woodford Lumber & Home staff shared stories of the company’s 150th anniversary on its website, and on social media. 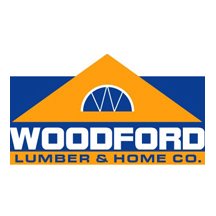 The lumberyard is now managed by Lovell and her husband Tom, the Globe Gazette said.

According to the company’s website, George G. Woodford, brother of Truman Woodford, and great-great-grandfather of the present owners, purchased an interest in the business, and came from New York in 1879 with his wife and 18-year-old son, Charles R. Woodford. Both George and Charles Woodford began at once to work at the yard and each continued to do so until the end of his life.

Charles R. Woodford, great-grandfather of the present owners, managed the business from 1890 until his death in 1937. From time to time other lumber yards were acquired.  At one time, the Woodford-Wheeler chain included some 12 lumber yards in north central Iowa. Clear Lake, Ventura, Garner, Britt, Chapin, Goodell, Charles City, Pomeroy, Thornton, Meservey, and Fonda were some of the communities involved.

Esther Woodford Ashland and her husband, L. Earl Ashland, took over the ownership and direction of the business in 1937.

James F. Connell, served as General Manager of the business from 1950 until 2000. There were nine lumber yards in the Woodford-Wheeler chain at one point in his tenure.