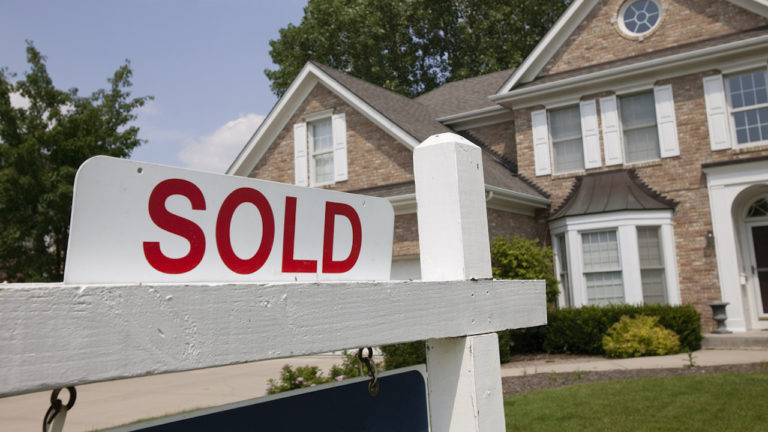 WASHINGTON — Existing-home sales strengthened in July, a positive reversal after total sales were down slightly in the previous month, according to the National Association of Realtors. Although Northeast transactions declined, the other three major U.S. regions recorded sales increases, including vast growth in the West last month.

Total existing-home sales completed transactions that include single-family homes, townhomes, condominiums and co-ops, rose 2.5% from June to a seasonally adjusted annual rate of 5.42 million in July. Overall sales are up 0.6% from a year ago (5.39 million in July 2018).

“Falling mortgage rates are improving housing affordability and nudging buyers into the market,” said Lawrence Yun, NAR’s chief economist. However, he added that the supply of affordable housing is severely low. “The shortage of lower-priced homes have markedly pushed up home prices.”

Home price appreciation has been much stronger in the lower-price tier compared to homes sold in the upper-price tier, based on the analysis of proprietary deed records data from Black Knight, Inc. and Realtors Property Resource.

Of the same homes that were sold in 2018 that were purchased in 2012 in 13 large metro areas (repeat sales transactions), the lower half of the market had increased by more than 100% in 2018 in metro areas like Atlanta-Sandy-Springs-Roswell, Ga. (165%), Denver-Aurora-Lakewood, Colo. (103%), Miami-Fort-Lauderdale, Fla. (119%) and Tampa-St. Petersburg-Clearwater, Fla. (125%). The median home price for homes purchased in the upper half of the market in these same metro areas in 2012 increased at a much slower pace when sold in 2018.

“Clearly, the inventory of moderately-priced homes is inadequate and more home building is needed,” said Yun. “Some new apartments could be converted into condominiums thereby helping with the supply, especially in light of new federal rules permitting a wider use of Federal Housing Administration (FHA) mortgages to buy condo properties.”

“Mortgage rates are important to consumers, but so is confidence about the nation’s overall economic outlook,” Yun continued. “Home buying is a serious long-term decision and current low or even lower future mortgage rates may not in themselves meaningfully boost sales unless accompanied by improved consumer confidence.”

First-time buyers were responsible for 32% of sales in July, down from 35% the month prior and about equal to the 32% recorded in July 2018. NAR’s 2018 Profile of Home Buyers and Sellers—released in late 2018—revealed that the annual share of first-time buyers was 33%.

As the share of first-time buyers rose, individual investors or second-home buyers, who account for many cash sales purchased 11% of homes in July, up from 10% recorded in June 2019 and down from 12% recorded in July a year ago. All-cash sales accounted for 19% of transactions in July, up from June and down from July of 2018 (16% and 20%, respectively).

Distressed sales—foreclosures and short sales—represented 2% of sales in July, unchanged from June but down from 3% in July 2018. Less than 1% of July 2019 sales were short sales.

“Present rates have opened the market for a number of potential buyers who couldn’t afford a home just a year ago,” said NAR President John Smaby, a second-generation Realtor from Edina, Minnesota, and broker at Edina Realty. “Additionally, NAR has been working with the FHA for years to establish new condominium loan policies. Our hard work has paid off, and this change will begin benefiting buyers, sellers and our members as soon as this fall.”