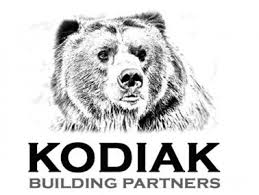 Kodiak Building Partners announced internal promotions that the company says will further enhance its pursuit of a vision of “Creating a culture that empowers local leaders to succeed in the communities they serve” and improve its responsiveness and collaboration across all companies.

•  Mark Garboski has been promoted to chief operating officer and will be responsible for the overall execution of Kodiak’s operating strategy. He will report to CEO, Steve Swinney.

•  Mike Flood has been promoted to executive vice president, operations and will lead, coach, and mentor companies in Kodiak’s Production Lumber and Door/ Windows/ Millwork groups. He will report to Garboski.

• Pat Flood has been promoted to executive vice president, operations and will lead, coach, and mentor companies in Kodiak’s Retail Lumber and Gypsum groups. He too will report to Garboski.

• Mike Fairbanks has been promoted to president of New England Building Supply. He will report to Pat Flood. He previously served as vice president/general manager at NEBS.

“As we continue to grow, it is necessary to be willing to adjust our structure to meet our changing needs. We remain committed to our decentralized model. To remain entrepreneurial, as we continue to expand, adjustments and flexibility will be critical,” Swinney said.

• Kodiak also announced that Dena Cordova-Jack will serve the company in the capacity of sr. director, talent management and will lead an effort to establish and implement a learning and development strategy across Kodiak’s companies and at all levels of the organization.

Cordova-Jack is a 29-plus year veteran of the building products distribution industry. Throughout her career she has held positions in multiple capacities, including commodities brokerage, purchasing, sales, finance, and communications at fine companies such as Georgia Pacific, Boise Cascade, Foxworth-Galbraith, and Blue Tarp Financial.

She comes to Kodiak from her most recent position as executive vice president for Mountain States Lumber Dealers Association. She will report to Sue Lords, chief human capital officer.

“Kodiak is a visionary company that is so multi-faceted. My passion for our industry, along with my experience and desire to educate, develop, and mentor, is perfectly suited for this new position,” Cordova-Jack said.

The executive moves come as Kodiak recently announced growth in its acquisition of Carpenter Contractors of America, and greenfield launches of Freedom Acoustics and Jenkins Drywall and Insulation. Last month, Kodiak was named to Inc. magazine’s list of fastest growing companies.