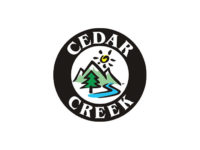 Oklahoma City— After over 40 years in the industry, Keith Laugen, Vice President of Cedar Creek’s North Central region, has announced his retirement. Laugen was President, CEO, and a founder of Lake States Lumber which became part of Cedar Creek last year through acquisition.

Steve Lindauer has been promoted to fill the role of Vice President for the North Central Region.

Lindauer began his career in the distribution business 22 years ago with Lake States Lumber during which time he held positions as a Sales Manager and Purchasing Agent. Lindauer joined Cedar Creekwith the Lakes States Lumber acquisition and assumed the General Manager role of the Sparta branch.

Lindauer earned his BA from the University of Wisconsin-Platteville in 1986. He resides in Tunnel City, Wis. with his wife, Dawn, and two children.