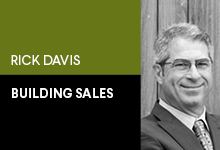 History, it has been said, repeats itself. I’m not so sure history repeats itself as much as people repeat the same mistakes. Therefore, as we enter 2020, it feels like a good time for a history lesson in sales to avoid the mistakes of the past.

In 2004, the second article of my writing career advocated for the power of prospecting for new sales. At the time, I’m not sure anyone was listening. The market was on fire and housing starts would approach 2 million in the following year. Selling was easy in an overheated economy.

I remember standing at a job site when a builder furiously reacted to the threefold increase in pricing on sheets of OSB before saying, “That’s ridiculous! How can the price rise so quickly without warning, and how quickly can I get the material?” In other words, selling was easy. Contractors, builders and remodelers were anxious for any attention they could get. Orders flowed and the need to prospect was minimal.

It was a good time to be a salesperson in the LBM space and not hard to find industry professionals taking credit for their amazing success…until the bubble burst. A mortgage banking crisis brought down the housing and banking industry with effects that rippled across the entire globe in a way not seen since the Great Depression of the 1930s. Year after year, industry professionals asserted the worst was over while it continued to get worse.

The industry data at the time scared us all. Housing starts declined in excess of 70% while the cost of lumber dropped more than 50%. In Atlanta alone, building permits dropped 90%, from 66,000 to 6,000, in just a few years. The weekly reports of LBM branches and organizations closing throughout the country were staggering.

As this happened, the same people who took credit for their astounding success just years earlier were not as anxious to accept responsibility for the losses. Truth be told, it wasn’t their fault. Nevertheless, there is a lesson to be learned.

Financial news bureaus are warning today about the potential downturn in our current economy. Others predict a robust future. Nobody really knows, and I am not here to offer any prognosis. My job is to remind you to prepare for the worst and hope for the best. This means you need to make prospecting and networking your 2020 resolution whether the overall economy sinks or rises. All ships rise and sink with the tide, but successful business organizations rise above the tide.

That common metaphor about the tide is a nice slogan, but neglects to illustrate the truth about your sinking “internal tide.” That’s right. If you haven’t taken the time to measure your annual rate of business loss, i.e. attrition, you should. My studies have shown that most LBM dealers can expect a rate of attrition between 10% and 20% in a flat economy. In other words, you need to replace lost business just to keep sales flat.

Salespeople might read this article and say that customer demands and workloads prevent time for prospecting. I would argue that prospecting is not what a salesperson does with leftover time during the week, but is the first thing a salesperson should think about every day. Networking is not a block of time; it’s a mindset. It’s not about finding three hours per week to make cold calls; it’s about constantly looking for one new lead during the course of business every day. It’s the only way to offset the certain attrition of sales and a potential economic downturn.

It is possible, of course, that the housing market will continue its growth path and that organic growth in your market will buoy sales. No matter what, the best thing a salesperson can do is proactively find time to constantly network and prospect for new sales opportunities. If a salesperson persistently strives for sales growth and the market rises, the salesperson will rise above the tide. If not, then the salesperson will be prepared. Either way, the best way to prepare for the future is to avoid the mistakes of the past. Prospecting and networking are the core skills of sale leaders.