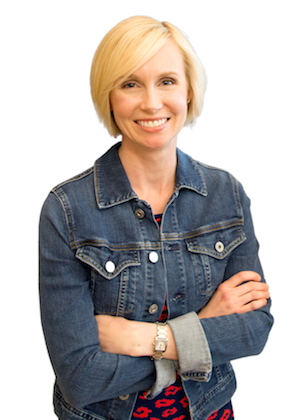 McCoy’s Building Supply President and CEO Brian McCoy announced to McCoy’s team members last week that Meagan McCoy Jones has been promoted to the position of Executive Vice President and Chief Operating Officer. Jones is the fourth generation to work in the family business, which will celebrate its 90th anniversary in 2017.

“Meagan’s promotion recognizes the role she has had for some time now as we co-lead McCoy’s,” says Brian McCoy. “Our family is fortunate to have a very capable and involved ‘next generation’ leader.”

Meagan is a member of the Board of Directors of McCoy Corporation, a partner in McCoy Remme Ranches, a member of the Executive Committee and Board of Directors of the Texas Association of Builders, and Co-Chair of the Legislative committee of the Lumbermen’s Association of Texas. She serves on the board of Mobile Loaves & Fishes, an Austin-based ministry to the chronically homeless. She is married to Richard Jones, and they are raising their two children in downtown Austin.