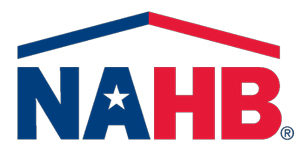 On Nov. 2, the Commerce Department announced its final decision to impose duties averaging 20.83 percent on Canadian softwood lumber shipments into the U.S. The impacts of these duties on the U.S. economy next year will include increased production by U.S. sawmills, reduced imports from Canada, and higher prices paid for lumber by consumers in the U.S., which in turn will lead to a reduced volume of new residential construction. The National Association of Home Builders (NAHB) estimates that the bottom line impact of these effects in 2018 will be a net loss of

The jobs are measured in Full Time Equivalents (enough work to keep a worker employed full-time for a year, based on the average hours worked per week in each affected industry).

NAHB’s estimates for calendar year 2018 require a baseline projection of the relevant economic activity and prices that would have prevailed in the absence of the duties. Because preliminary duties were announced and being anticipated throughout 2017, the baseline projections for the percentage breakdown of lumber produced in, imported into, and exported out of the U.S., as well as lumber prices, are based on 2016 data.  The source of data on lumber production in 2016 is the Lumber Track newsletter issued on Nov. 6 by the Western Wood Products Association. The source of data on lumber prices is a mid-2016 Lumber Market Report issued by Random Lengths, adjusted for inflation using the annual increase in the Consumer Price Index in 2017 and 2018 (from NAHB’s Economic and Housing Forecast dated 11/13/2017). NAHB’s forecast is also the source for housing starts and residential fixed investment in 2018.

Also for the 2018 analysis, new estimates of the amount of lumber in the average single-family and multifamily home were developed from the 2017 Builder Practices Survey conducted by Home Innovation Research Labs.

From this baseline, NAHB continues to apply average elasticities (how strongly markets respond to price changes) published in the academic literature, as summarized in Baek (2011). The result is an estimate that, in 2018, the 20.83 percent duty will cause

It is well known that home builders are among the major U.S. consumers of softwood lumber. The effects of the increased price the duty would cause them to pay (assuming the conventional price elasticity for housing demand of -1) include a