NLBMDA urges its members take action now by contacting their representative and senators in support of responsible tax reform. The House of Representatives plans to vote on the Tax Cuts and Jobs Act (H.R. 1) next week. Additionally, the Senate Finance Committee will begin its work next week on tax legislation after releasing its proposal yesterday. NLBMDA is concerned that some proposed tax changes would negatively affect residential housing, the lumber and building material (LBM) industry, and the economy overall.

NLBMDA is in strong opposition to the proposed SALT deduction changes. The House version substantially limits the deduction, while the Senate version eliminates the deduction. There are also major concerns regarding the House-version of the legislation, which would make drastic changes to the mortgage interest deduction. Any changes to the tax code should not disadvantage households living in communities with higher local and state taxes or higher housing costs.

NLBMDA does strongly support several provisions in both the House and Senate bills. Specifically, the association supports changes to estate and gift taxes, lowering the corporate income tax rate to 20 percent, and the immediate write-off of capital purchases (excluding land) through 2022. NLBMDA has been a tireless advocate for repealing the estate tax that is a burden on family-owned businesses, and supports making permanent the full expensing of business investments.

Below is a side-by-side of major provisions in the House and Senate proposals. 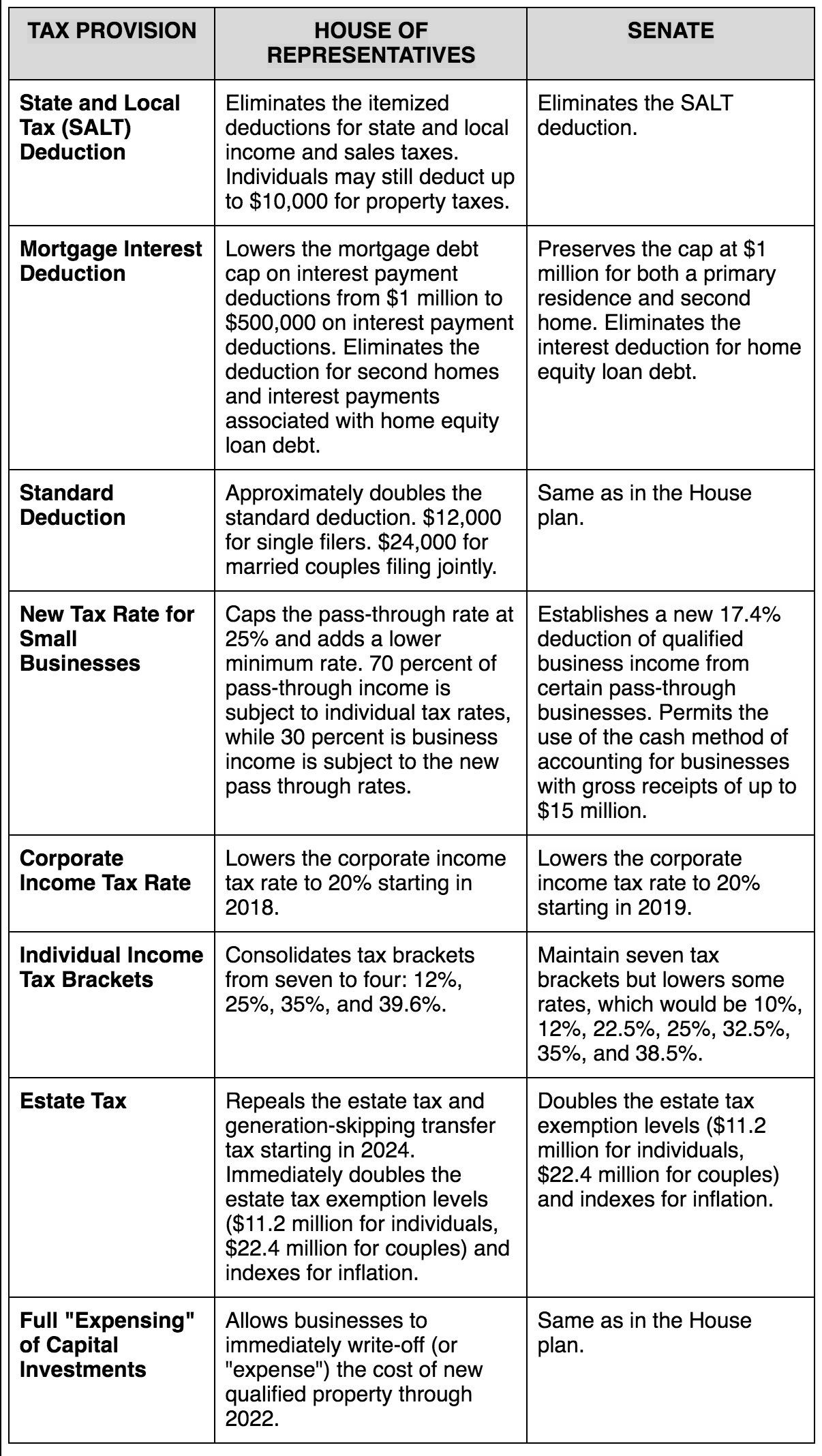