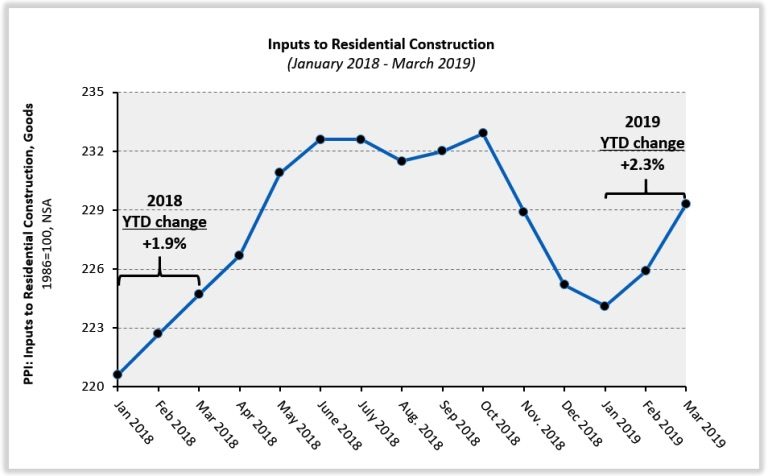 Prices paid for goods used in residential construction increased 1.5% in March (not seasonally adjusted) according to the latest Producer Price Index (PPI) released by the Bureau of Labor Statistics. Prices have risen more quickly thus far in 2019 than they did during the same period in 2018 and are at their highest level since last October (see below). The average January-to-March increase since 2000 is 1.1%, though the recent trend is inauspicious—prices rose 0.0%, 0.7%, 1.9%, and 2.3% over the first three months of 2016, 2017, 2018, and 2019, respectively. 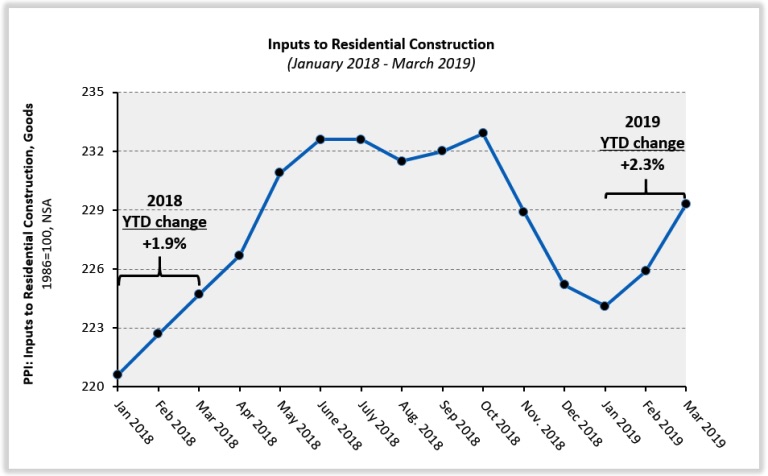 Consistent with weekly data published by Random Lengths, the PPI report shows that the pace of softwood lumber price increases has recently attenuated. After climbing 2.3% in February, prices paid for softwood lumber rose a modest 0.5% in March.

Over the past year, the PPI for softwood lumber has declined 13.3%. Although the PPI does not include prices paid for imports, Canadian lumber imports indirectly affect the price of domestic softwood lumber (as we have seen with the 20% duties currently levied on Canadian softwood lumber).

Read more at the National Association of Home Builders’ Eye on Housing blog.