Click here to continue to the latest LBM news.
This advertisement will close in seconds...
LBM Journal Strategies for Lumber & Building Material Pros
Home Dealer Profile Continuity and Service at the Heart of Trico Lumber’s Growth

“Continuity” is the first word Kyle Morgan uses to describe Trico Lumber Co.’s continued growth in East Texas. It is continuity, Morgan says, that keeps employees on staff for decades, and it’s the continuity of those longstanding employees that keeps customers coming back.

“Service” is the second word Morgan uses. Service, he says, determines whether any business will succeed. Through continuity and service, Morgan has grown Trico Lumber Co. from a single store to a successful three-location chain through some of the country’s most difficult economic times.

Continuity and service have allowed Trico Lumber to expand with two additional locations and continue to grow over the past 25 years. Now with three locations and a staff of 42, it all started in 1980 in Hughes Springs, Texas.

What does a trio of Texas lumberyards and a chain of catfish restaurants have in common? You could call them cousins.

Trico Lumber Company of Hughes Springs, Texas was established in 1980 by Marvin Morgan and David Beard. If the name David Beard rings a bell that’s because it is on 20-plus catfish restaurants across Texas, Oklahoma and Louisiana. The two owned the business together for just a short time however, until Morgan bought Beard out of the lumberyard and began building what today stands as a family-owned group of independent full-line lumberyards that just last year opened its newest location in Jefferson, Texas.

Current owner Kyle Morgan, nephew of founder Marvin Morgan, first worked at the Hughes Springs location in 1983. His wife, Rebbecca, soon followed in 1984 and by 1991, the couple had purchased the business from Uncle Marvin.

“I came back to work for him right after college,” Kyle Morgan said. “I had an accounting degree and he needed some help, and I thought it was going to be short-term.”

Today, Morgan is a hands-on owner at all three locations, while his wife handles bookkeeping and his son, Judson, is the manager at the Hughes Springs store. 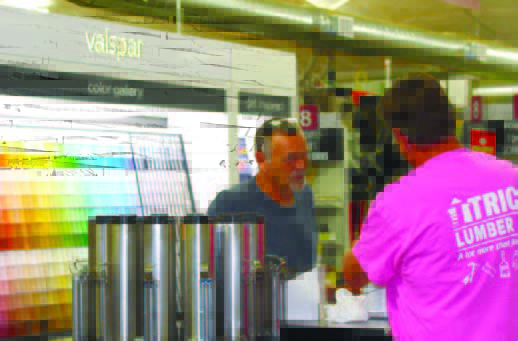 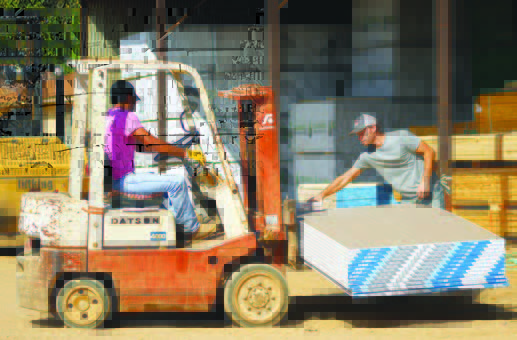 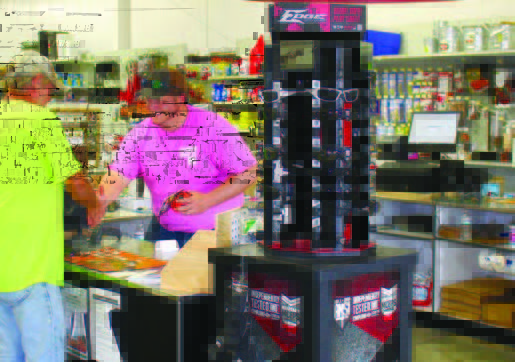 Trico Lumber also has stores in Linden and Jefferson, Texas, and serves a customer base that is 60% contractor and 40% retail. Combined, the three locations brought in $8.5 million in revenue for the year ending June, 2016. Morgan projects upwards of $9 million for the current fiscal year.

“In my mind, I always wanted a three-store concept,” Morgan said. Linden to Jefferson is 18 miles and Hughes Springs to Jefferson is 28 miles. Between the triangle of stores, Morgan said he has reached a size that is comfortable for him, and a management style that “just fits.”

The latest store is in Jefferson, which opened in February, 2015. While the expansion into Linden in 2009 was into an existing store, Morgan said the Jefferson store is a new concept for Trico.

“I built it from the ground up. If something isn’t right down there, it’s my fault,” he said.

The newer locations don’t get all the attention, however. Over the years, the Hughes Springs location has expanded to include 30,000 square feet of lumber and retail hardware space. The continued success of the Hughes Springs store is driven by the continuity that is part of Morgan’s business philosophy.

“We’re in rural East Texas,” he said. “Customers come in and they deal with the same employee, the continuity in that is big. I have several hands that have worked for me for more than 15 years and my upper level help is a big advantage.”