When Florida Governor Rick Scott visited Naples Lumber & Supply in mid-July, he made sure to mention that the state’s unemployment rate was at an eight-year low at just 4.7%. He noted that the state had added 22,000 jobs just a few months earlier. These milestones were achieved, Gov. Scott said, because of companies like Naples Lumber & Supply. The governor then presented Ron Labbe, Naples Lumber & Supply’s owner with a Business Ambassador Award in recognition of the company’s job-creating efforts and opportunities offered to Florida families.

Naples Lumber & Supply had gone from 36 to 82 employees in the past few years, and had doubled profits over the same time period. All of this was accomplished as the company had persevered through one of the country’s hardest hit areas during the Great Recession.

At a press conference at Naples Lumber & Supply that day, Gov. Scott called Ron Labbe an “example of the American dream,” citing Labbe’s rise from a $3.25 per hour yard hand to company owner. “That’s the dream of this country,” Gov. Scott said.

From Sale to Recession

There was a time in 1984—when the U.S. was going through a lesser recession, yet one that weighed particularly heavily on Southern Florida—that Ron Labbe offered some suggestions as to how his bosses at Naples Lumber & Supply might improve business operations. Ron had started out as a yard helper and forklift driver and had since worked his way up into purchasing, to operations, to general manager. According to Labbe, his suggestions were met with, “If you think you’re so smart, why don’t you do it?”

So he did. In 1984, with business looking bleak, Labbe took control of Naples Lumber & Supply as the company’s CEO. Though he was faced with the difficult task of cutting staff, he in turn increased the lumberyard’s sales by 50% in 18 months. Labbe recognized early on that the company was making far too many accommodations for just two large builder customers. By worrying less about those two customers and opening up opportunities for more clients, Labbe effectively turned the business around.

“Those two companies that had become the majority of our business, we were like the tail wagging the dog,” Labbe said. “We had to move away from those customers and develop new customers.”

Since then, Labbe, the company’s sole owner, has never let one individual customer make up more than 10% of Naples Lumber’s annual business. 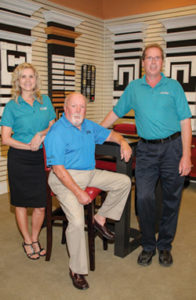 In 2005, about 20 years after taking on the role of CEO, Labbe was asked if he wanted to purchase the company. “They said, ‘Ron, this is your company. This is what we want at the end of the day. Can you do it?’” Labbe already had the framework of a deal planned on his side and made no hesitation in purchasing the company. “Within seconds, we had a deal done,” he said.

Then, within months of him buying the company, another recession came along, this one saw South Florida building permits cut in half in 2006. In 2007, Labbe said, “the other half went away.”

Seeing the Great Recession on the horizon, Labbe knew that he needed help to weather the storm. That’s when he brought on Dave Weston as the company’s chief operating officer. Weston helped ease the company into the recession, and keep it afloat through hard times. Staff was reduced from nearly 200 to 36, Labbe said, but those who stayed on were kept whole, with no reduction in hours. Many of those employees are still with the company. As an owner, Labbe took cuts of his own. When he told his wife he’d go six months without drawing a paycheck, he actually went three and a half years without pulling any money from the company. 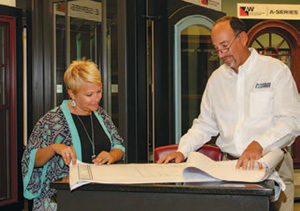 “We sold off excess equipment and reduced inventory,” Labbe said. “Anything that wasn’t necessary for our future, we sold. We might have got 75 to 80 cents on the dollar, but months later, our competitors were getting pennies.” As for those competitors, Labbe said he saw seven of them close between 2005 and 2012.