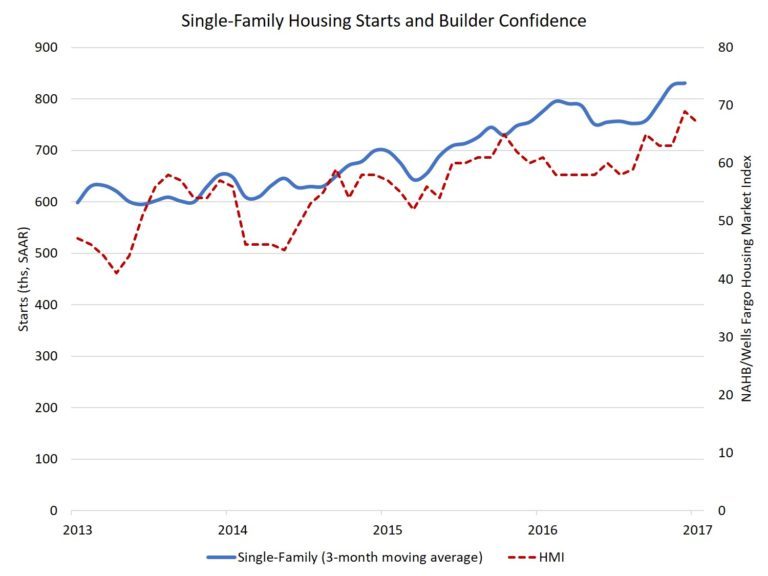 Housing starts rebounded in December, as monthly volatility for multifamily starts continued. Total starts were up 11.3%, rising to a 1.226 million seasonally adjusted annual rate. However, single-family starts posted a small monthly decline in December, albeit recording the fourth strongest monthly pace since the end of the recession. 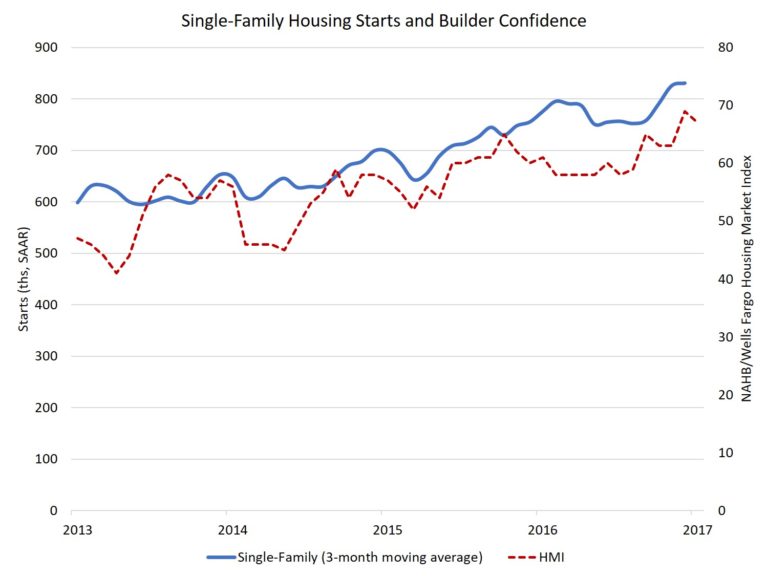 According to estimates from the Census Bureau and the Department of Housing and Urban Development, single-family starts declined 4% to a 795,000 annual rate. For 2016 as a whole, single-family construction improved 9.3% over the 2015 level of starts. And as measured on a three-month moving average, single-family starts are at a post-cycle high, as seen on the graph below. This increase is consistent with recent growth in the NAHB/Wells Fargo measure of single-family builder confidence.

Multifamily development was the primary reason the headline starts number rose in December. Total multifamily starts were up 57% for the month at a 431,000 annual rate, after posting a nearly 40% drop in November. Monthly volatility for multifamily starts has been a factor in the data since August. Nonetheless, for 2016 the apartment sector realized a small production decline for the year, in line with our expectations that 2015 will be the peak year of development for multifamily housing in this cycle.

Today’s numbers are consistent with NAHB’s 2017 forecast, which indicates continued growth for single-family construction (limited by availability of workers and lots) and continued leveling off of multifamily production in the year ahead. 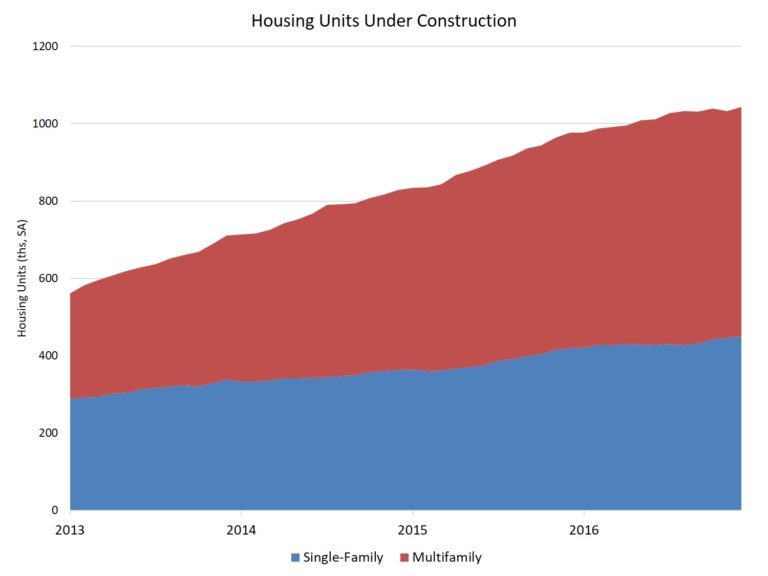