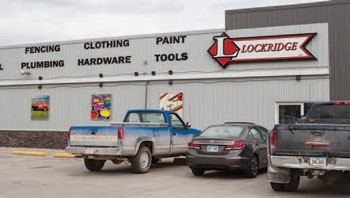 Throughout Southern Iowa and Northern Missouri, Lockridge now employs about 65 people. The company is 100% family-owned, and in fact has only been owned by either the Lockridge or Housh families. That tradition plays a large role in the company’s operation, Clint said.

“Our employee retention rate is really good. We’re just family-oriented. I don’t want people to miss a kid’s Christmas program or sporting event. We all have kids and we all chip in to cover for other people. That’s a big positive about our company.”

Clint’s parents Dale and Jill purchased the businesses from the Lockridge family in the last 10 years. Prior to ownership, Dale Housh was a manager with the company. 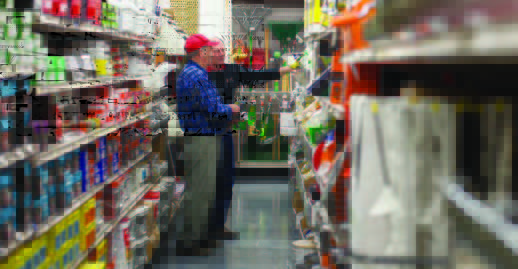 He always passed that along to us, and we’ve always done what was best for the company.”

While Clint is a vice president and manages the Centerville store and its 16 employees, his father, Dale, runs the Promise City site and oversees all four stores. Clint’s mom, Jill, still works for the company a few days a week as a bookkeeper, a position that Clint’s sister is gradually taking over. Clint’s brother, Caleb, is a manager at the Promise City store, and his wife Hillary works as an office manager in the Chariton store. A brother in-law works as a salesman and a cousin designs cabinets for all the stores, bringing in word-of-mouth traffic from some distances.

“You talk to a lot of people who say they can’t work with their family, but for us we’ve done it so long it works well. We’re all different, but we all have the same interests at hand. We still have the Sunday lunch together every week,” Clint said. “If someone misses one of those, they get a phone call for sure.” 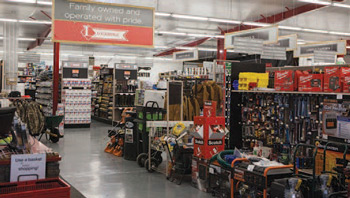 With annual revenues steadily increasing at Lockridge, Clint said an investment in the future is what has propelled his company’s growth. Additions of in-house CAD design and a focus on bringing in young, bright employees dedicated to the local communities have helped Lockridge keep on the cutting edge of technological advances in the industry. Even though he’s operating what may be considered small town stores, there is no small-town feel to the services Lockridge offers.

“My dad was always worried that because he only had a high school education, that he wouldn’t keep up. But we’re at the forefront. We had point-of-sale before anyone. We have people at every store with CAD experience. When a customer meets with one of those employees, we have a 95% close rate on those sales. We do the drawings, so we’re involved in the projects with them right there in the store. They get a comfort feel for us.”