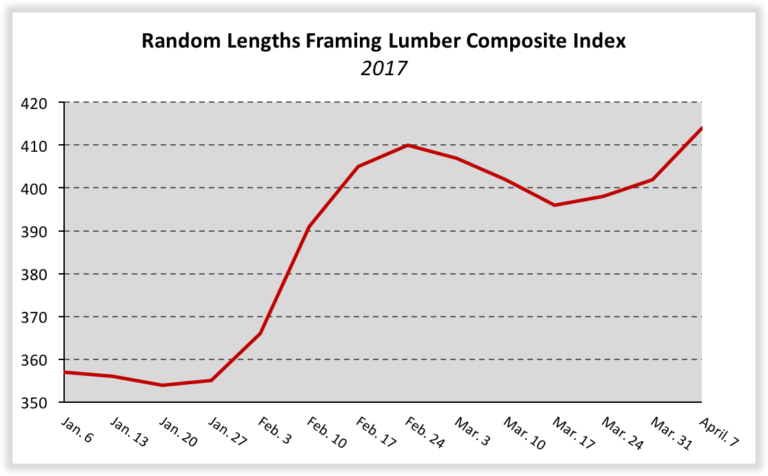 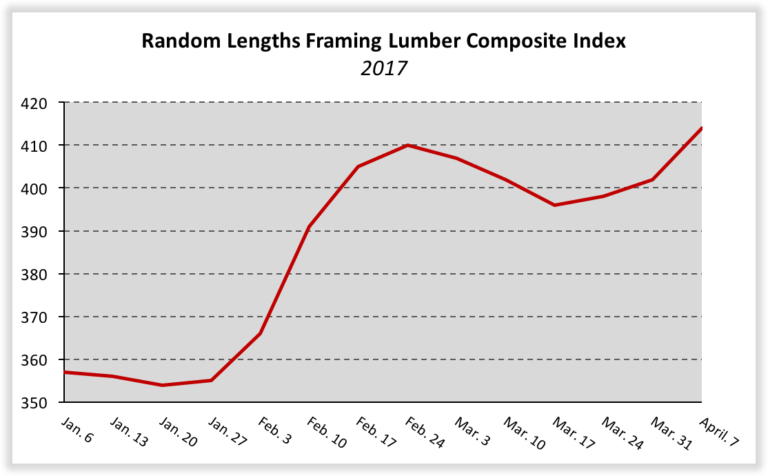 For the second consecutive month, prices of softwood lumber, gypsum, ready-mix concrete, and OSB all increased, according to the latest Producer Price Index (PPI) release by the Bureau of Labor Statistics. The increases were led by softwood lumber and OSB.

The price of softwood lumber increased 2.3% in March after rising 4.8% in February. Softwood lumber prices have increased 7.2% over the first three months of 2017 and are up 12.9% since March 2016. These increases have been largely, if not completely, due to the ongoing softwood lumber trade dispute between the U.S. and Canada. The prices of many softwood products have increased by more than 25% since the beginning of this year, and the Random Lengths Framing Lumber Composite Index has risen 16% during the same period.

OSB prices posted a 2.7% increase in March and have increased nearly 25% since March 2016. The price index for OSB stands at its highest level since June 2013. Other building materials price increases in March were much more modest.

Gypsum and ready-mix concrete prices rose by 0.2% and 0.3%, respectively, on a seasonally adjusted basis in March. The moderate growth of gypsum prices is a welcome sign, as it hopefully signals a continuation of prices remaining in a “new normal” range rather than rising sharply at the start of each year (see the February 2017 Eye on Housing post, “Have Gypsum Prices Found a New Normal?”). Ready-mix concrete prices continued a years-long upward trend marked by near-continuous monthly increases and have increased 0.7% since the beginning of 2017.