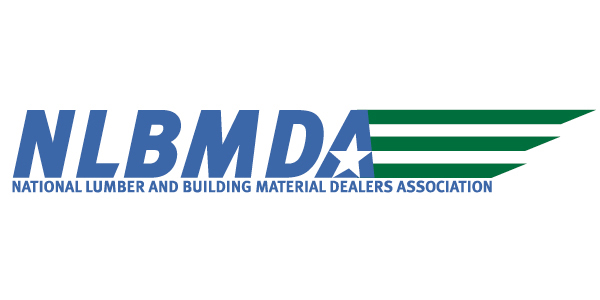 There has been a lot of activity over the past few months on trade and tariff issues with Congress and business groups weighing in more actively as 2019 rolls on. The Trump Administration made these issues central to their agenda, specifically the approval of the U.S.-Mexico- Canada Agreement (USMCA) and the series of tariffs both on steel and aluminum and on Chinese products, commonly referred to as “Section 301” tariffs. While these get a lot of attention, the softwood lumber dispute remains an out- standing issue that NLBMDA is working to resolve.

During his 2016 campaign, President Trump promised to renegotiate the North American Free Trade Agreement (NAFTA), which was seen as outdated and unfair to U.S. interests. Last year, the U.S., Canada, and Mexico signed a new agreement, the USMCA, intended to replace NAFTA. One of the important provisions contained in NAFTA that was preserved by the USMCA is the dispute resolution panels, which allow one of those three countries to appeal penalties levied for perceived unfair trading practices. A good example of this is the softwood lumber dispute. While the soft- wood lumber agreement was not part of NAFTA, the dispute panels in that agreement allowed appeals to be made when the U.S. Department of Commerce levied countervailing and anti-dumping duties on the Canada. These panels are intact within the USMCA, which will be an important tool as the dispute continues.

While signing the agreement was a significant step, each country must have the agreement approved by their legislatures before it can be officially enacted. In the U.S., House Democrats have expressed a desire for the agreement to contain stronger labor provisions and that some of them would not vote to approve the agreement. The floor debate on this will be an indicator for how many Demo- crats will align with Republicans to approve the new agreement. Recent news regarding tariff alleviation should help to expedite the agreement’s approval.

Those tariffs, the 25% on steel and 10% on aluminum, were recently lifted by the Trump Administration for Cana- da and Mexico in exchange for their assistance with various regional issues involving China. The news was welcomed by many in the residential and commercial construction markets, citing the decrease in market volatility for these materials. The Trump Administration likely felt this was an appropriate step considering the main target of trade remedy actions are China and the Administration’s perspective that they are an unfair trading partner. As a result, President Trump has been imposing a series of tariffs on China, commonly known as the “301 tariffs.” These are focused on specific products from China, identified by their HTSUS codes, and are intended to pressure Chinese officials to concede terms to the U.S. in a long-term deal. The tariffs are currently at 25% and apply to thousands of products ranging from frozen fish to wood doors. The U.S. Trade Representative (USTR) recently released a fourth list of products that would be covered, signaling that the President is still trying to make things uncomfortable for China.

In the meantime, the Trump Administration has pro- vided a mechanism for companies to request that specific products covered by the tariffs be removed. While this is a welcome development for many companies, the Administration only grants these requests when shown that those products are not available in sufficient quantities outside of China. As a result, only a small number of requests have been issued. We expect these tariffs to remain in effect as long as the Administration considers China to be acting un- fairly towards U.S. interests.

The other issue that remains a question mark is the soft- wood lumber agreement, which still does not have a deal on the horizon. The Trump Administration views the sup- ply of Canadian softwood as “dumping” and views countervailing and antidumping duties to be an appropriate remedy. Canada is currently appealing the duties levied by the Department of Commerce, but litigation is a long process.

NLBMDA has been consistently working with both the Commerce Department and the Canadian government, including meetings at the Canadian Embassy in Washington, on how to reach a long-term solution. In addition, NLBMDA members went to Capitol Hill and urged Congress to help reach a deal and provide stability for the market and the good news is that many in Congress understand what the absence of an agreement means. We will be continuing our work with coalition partners and those in government to highlight the importance of a renewed agreement, particularly for construction.

This year is expected to be a busy one for trade policy and NLBMDA will bring the latest news to members as it happens.