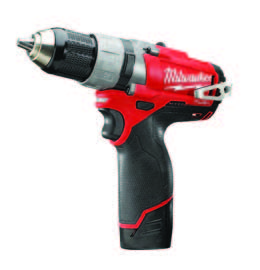 In 1990, popular wisdom held that independent LBM dealers couldn’t possibly survive the onslaught of big box competitors. A quarter century later, some of those seemingly invincible big box yards are distant memories (think Home Quarters, Builders Square, etc.), while many independent dealers report strong and growing sales. Today’s game-changer, a trend that observers say has just begun, is the explosion of mergers and acquisitions by companies of all sizes. So, what will tomorrow bring? Nearly 200 readers weighed in with their thoughts on…

The Issue
This month’s very timely question from Ken Lehman, Big L Lumber, Sheridan, Mich., touched on a topic on the minds of many in our industry. He wrote, “With the onslaught of consolidation, I wonder what the future will look like for the independent lumber dealer.” Judging from the very healthy response from readers, along with the interest in this topic at the recent LBM Distribution Conference in Atlanta, this is a fundamental question about our industry’s future. As always, we emailed the survey to readers who have opted-in to receive our email communications. A big thank you to the nearly 200 dealers who took the time to share their views on this issue.

The Question
With a trend toward consolidation, fueled by a healthy environment for mergers and acquisitions, what do you see as the future for independent LBM dealers?

The view from companies who are part of a larger organization:

“There will be independent dealers only as long as we can find and/or train employees to replace the existing sales force. Unfortunately, there are few people in our area—with or without experience—who even apply for sales positions. I have tried, unsuccessfully, to train several 20-30 year olds to do plan estimates. I’ve tried to do them with a computer program, and spent more time programming than estimating. I guess I’m a dinosaur. One customer looked at me in disbelief when I told him ‘I do this by hand,’ and asked, ‘you still use gum and graphite?’ The big boxes can hire automatons that can use a scanner to write a ticket, but they can’t do the simple math required to tell the customer how many studs or pieces of plywood they need. The expertise the independents have now is dwindling, but will remain a strong force as long as we can find a few young people to step up and learn this business.”

“I think the strong independent dealers will keep expanding and will buy out some smaller dealers, which in turn will make the strong even stronger.”

“Smaller companies can enjoy quicker growth when acquired by a larger company.”

“I see the independent lumber dealers getting gobbled up the large consolidators.”