Jim Sobeck has five keys to success. Really, it’s two keys, but the first one is so important that he lists it four times. “People, people, people, people, and products.” Those two (or five) words have become a mantra that has guided Sobeck’s company, New South Construction Supply, to a compounded annual growth rate of around 22% since the Great Recession. The simple key of focusing on people first and foremost, products second, then profits, has New South trending toward another record year in which he has already seen higher net income at the end of June than all of 2017.

As a specialty retailer, 80% of New South’s business is in concrete, masonry, and waterproofing products. The other 20% is a wide mix of everything from drill bits, power tools, and safety equipment.

“Our bread and butter is concrete products. Mainly rebar,” Sobeck says. “It makes up 45% of our sales.”

Sobeck’s focus on niche construction supplies has fueled his company’s growth. As such, he says he doesn’t have much time for walk-in, DIY customers.

“They stand at the counter for an hour just to get instructions on how to install a product. We’re a wholesale distributor selling to professional contractors only. The pro doesn’t want to stand in line behind Johnny and Mary Homeowner asking questions about how to stain their concrete deck.”

Sobeck says his loyal pro customers actually thank him for turning away walk-in business so they can get in and out quicker. “I tell them there’s a Home Depot about four blocks from us, and I walk them to the door,” he says.

As a specialty dealer primarily supplying rebar, Sobeck has stayed ahead of the wave of price increases, which have been upwards of 30% this year, due to recent steel tariffs. Most increases have passed through, he says, though some customers with 30-day pricing left him in a bit of a tight spot for the first 30-60 days. Still, it’s largely to New South’s advantage that prices have gone up.

“We were buying almost half of our steel from overseas, mainly from Turkey and also some from Portugal. Right now, we’re only able to get domestic steel, and I’m for that,” he says. “Trump is right. If we don’t have a steel industry, we don’t have a country. If war breaks out, we’ll need a lot of things built out of steel and if a foreign adversary controlled our steel industry we’d be in big trouble.”

“I wanted a company that had a platform built that could be expanded on, and New South did that. ‘There’s riches in niches,’ they say, and I didn’t want a contractor yard to compete with big lumberyard chains.” 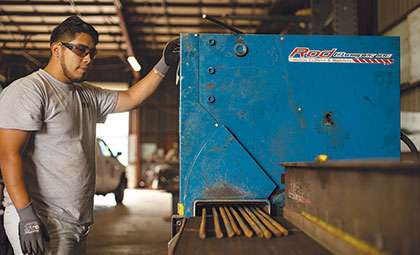 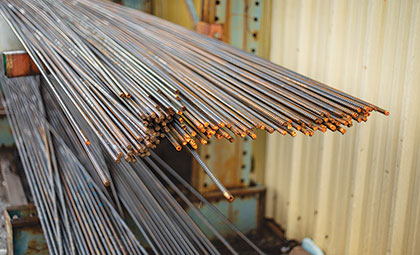 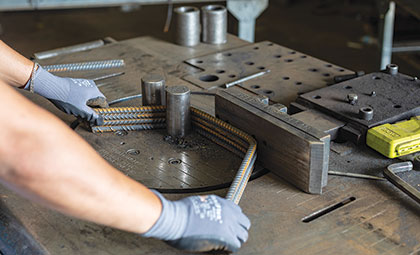 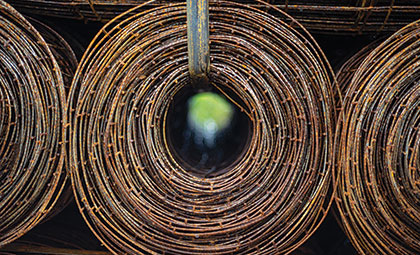 At New South Construction Supply, rebar makes up 45% of the company’s sales. New South specializes in rebar fabrication in under 100 ton orders. 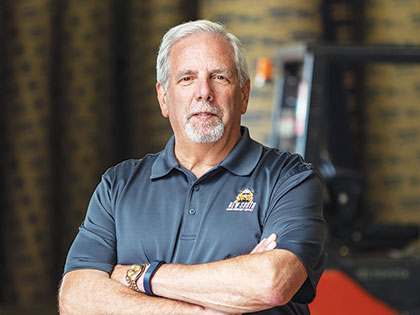 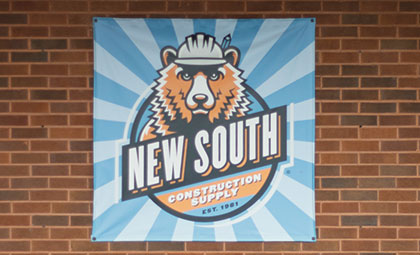 Sobeck’s story with New South starts nearly 17 years ago, and it’s a story that almost didn’t happen. On Sept. 11, 2001, Sobeck was in the process of purchasing what was then five locations. He was doing due diligence research, fully intending to go through with the transaction. Then the world changed.

“It gave me pause, that’s for sure,” he says of the terrorist attacks of 9/11. “I thought that our lives as we knew them might be over. I was worried there would be more attacks, that our economy would tank.”

Ultimately, after some negotiations, the seller lowered the price and made some other concessions that helped mitigate his concern. November 1 will mark Sobeck’s 17th year as the owner of New South Construction Supply.

New South was established in 1981, “founded by two guys who literally bootstrapped the company with almost no money,” Sobeck says. The story of their entrepreneurial spirit is part of what attracted Sobeck to the business.

The partners launched the business on a $50,000 loan from a customer. “They were sales guys and if they sold it, they had to load it and deliver it,” he says. “On weekends, they’d do accounting and billing. They worked seven days a week for the first 18 months without taking a day off. They built a heck of a business from absolute zero.”

Their story of bootstrapping and grinding their way to success sounded familiar to Sobeck, because it was similar to his own history. Their story, along with the company’s place in the market, made owning the company the next logical step in his career.

“I wanted a company that had a platform built that could be expanded on, and New South did that. These two guys built a really unique niche company. ‘There’s riches in niches,’ they say. This company had a unique niche of concrete, masonry and waterproofing products. It’s the perfect niche in that there are no national competitors, just several regional players.”

Sobeck knows bootstrapping. Growing up in Northeast Pennsylvania, his father was in the commercial roofing business. On his 12th birthday, Sobeck was told there would no longer be an allowance. If he wanted money, he was told, he needed to ride his bike to the warehouse and earn it by sweeping and loading trucks.

Later, he was a union apprentice working on roofs, waterproofing, and fabricating sheet metal. He turned that job into a college education by working 30 to 40 hours per week and taking a combination of day and night classes.

“My dad said he would give me the best education we could afford, and a work ethic. With those, I’d never lack. And he was right.”

Sobeck was hired by L.A. Fry Roofing, a Chicago shingle manufacturer, and started with them a week after graduating from college. The company had grown to 24 shingle plants and asphalt refineries. Sobeck was there for less than two years when Owens Corning bought Fry and moved him to Dallas as a Regional Marketing Manager at age 23. Builder Marts of America was the company’s biggest customer and when he was 25 he joined BMA as a partner. Eventually, Sobeck was a VP of Sales at BMA.